Michael (The Seven Brothers of Elko #3) 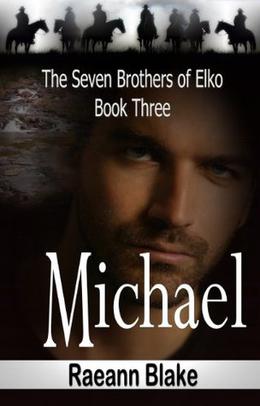 Michael didn't want or need a woman in his life. So how did he wind up with two? One that lived in memories that wouldn't die. And one that slipped in around all of his defenses and underneath the radar to trace whispers across a heart that wasn't ready for her. And he certainly wasn't going to help the situation by hiring her as the final member of his primary investigative team. The team needed her. She was a necessity... and a distraction that could get one or both of them killed.

Trish really wanted this job. To get it, she needed to get her mind off of "the hat" from the night before. She especially needed to forget about the wounded eyes, the broken heart, and the gentle touch that she saw and felt when the hat came off for a single dance. Instinct told her that the man beneath that hat was made for loving. But he hadn't just been singed around the edges. Somebody burned him through and through. He would never let himself love again.

'Michael' is tagged as:

The 'The Seven Brothers of Elko' series

Buy 'Michael' from the following stores: