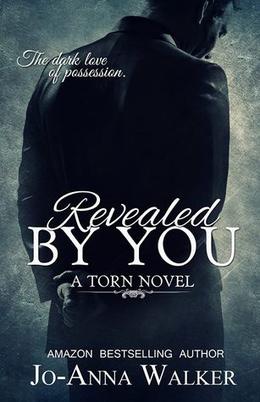 ***Due to the adult content, this book is not suitable for a younger reading audience***

The sharp edge of love…

Brett MacLean was possessive. Even more since I became his. He was my desire…my ultimate pleasure…he was mine.

As each day passed, he revealed a part of himself that had lain dormant. A broken childhood. A troubled man. One I was determined to help.

After months together, I thought I knew him. But soon realized I was wrong. His dark secrets were only the beginning. The past was more disturbing than I ever could have fathomed.

His deep seeded need for me came with a price that could have consequences. I needed him just as much. Because of this, we would be tested. My greatest fear was that it would take us beyond the limits of our love.
more
Amazon Other stores
Bookmark  Rate:

'Revealed by You' is tagged as:

Similar books to 'Revealed by You'

Always Me
Always Me
(Shattered #2)

Break Me
Break Me
(Shattered #1)

All books by Jo-Anna Walker  ❯

Buy 'Revealed by You' from the following stores: