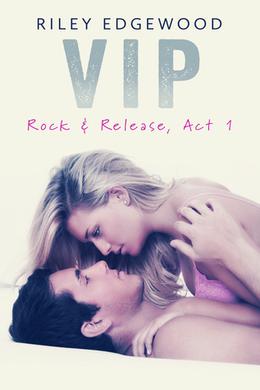 When Cassidy Evans scores VIP tickets to a concert, she decides to use them for one carefree night before beginning a summer internship at her father’s Fortune 500 company. But one carefree night turns into a few too many martinis—with two unexpected twists: A steamy encounter with Gage Logan, sexy singer and guitarist, and a tempting job offer from Gage's boss to work at the concert venue she now knows quite intimately.

She definitely can't take the job. Her internship is an opportunity any business major would kill for. But the thought of working with her father, a man furious with grief over a family tragedy that struck six months ago, fills her with dread.

Then there's Gage. Working with him all summer could be hot . Cassidy can't stop flashing back to their night together. Molten kisses. His hands smoothing across the skin of her belly. The weight of his body above her own…

And suddenly the decision about how to spend her summer is much, much harder to make.

All books by Riley Edgewood  ❯

Buy 'VIP' from the following stores: