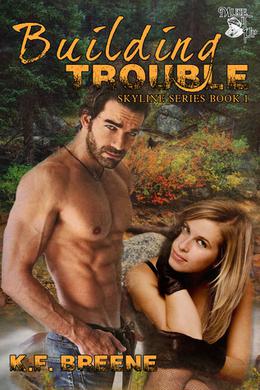 Jenna Anderson gets to fulfill an architect’s dream: to dust New York City’s skyline with a modern marvel. To erect the skyscraper, they must tear down a crime riddled neighborhood. She isn’t about to let this destroy her one true ambition in life, though, which is to build something beautiful.

Unfortunately for the plans, the neighborhood houses some dangerous men that have ambitions of their own. Two brothers in particular, which walk on the wrong side of the law, have built an empire keeping the downtrodden of the streets hooked on a perilous sort of medicine, and they will fight to keep what’s theirs.

As the deadline looms and the fight starts to boil, without warning Jenna and her crew of city dwellers are pulled from the struggle and shipped off to a weeklong guided tour through the wilds of Colorado. It is here Jenna meets him; an intense and tormented Navy dropout hiding from the pain of his past. He is intense and domineering, used to giving orders and expecting to be obeyed without question.

Jenna has never lived her life by someone else's expectations.

But when the fight from New York follows the architects, Jenna has no choice but depend on the stoic woods guide. She must now brave the wilds, and the impending danger, all while fighting for control over a man as wild as the untamed lands around them.
more
Amazon Other stores
Bookmark  Rate:

'Building Trouble' is tagged as: