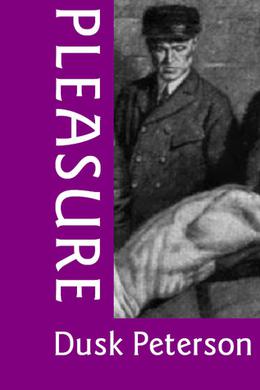 "Halvar leaned forward. His eyes were the color of an arctic sky. 'I am not a fool, Egon,' he said softly, 'so do not treat me as such.'"

Egon had a position that won him respect, friends who raised his spirits, and lovers who gave him pleasure. Then a man came into his life who would take all that away from him. If Egon was lucky.

As a slave, Egon has already reached the highest position he will ever achieve: he is the household's airship chauffeur. Forced to confront the contradiction between his ideals and his behavior, Egon must make a choice between continuing to pursue immediate pleasure or willingly submitting himself to another man for the sake of a higher goal. What Egon does not yet know is that his guide on this journey into the unknown is hiding a secret that will transform both their lives.

This science fiction novella of gay love can be read on its own or as part of Master/Other, a speculative fiction series exploring the dangers and sweet bonds of power.
more
Amazon Other stores
Bookmark  Rate:

'Pleasure' is tagged as:

The 'Slaves of the Northern Corporate Dominion' series

Buy 'Pleasure' from the following stores: