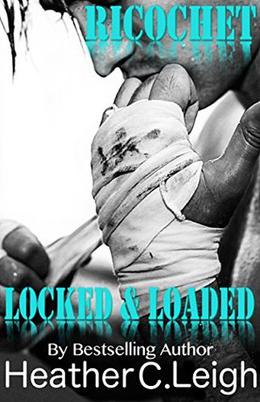 Rick "Ricochet" Brennan served eight years as an elite Marine special ops Force Recon soldier. After an injury, and the terrible memories from that night, he retires and goes to work for his former Command Officer, Howard "Mack" McEvoy, at his training center in Atlanta.

Sanctum MMA appears on the surface to be a normal gym, training elite fighters to be the best. Except each trainer, hand-picked by Mack, possesses a special background that allows Mack to run one of the best-kept secrets in the country.

When twenty-four year old Quinn Wallace finally escapes her abusive husband, she turns to her father’s old Marine Corps buddy, Mack, for help. Broken and skittish, Quinn finds herself surrounded by large, intimidating men— men who could easily overpower her. She avoids them the best she can, but when Rick turns out to be more than just a rough fighter with bruised knuckles, she finds herself wondering if she can allow herself to trust again.
more
Amazon Other stores
Bookmark  Rate:

'Ricochet: Locked & Loaded' is tagged as:

The Sinner
The Sinner
(The St. Clair Brothers #1)