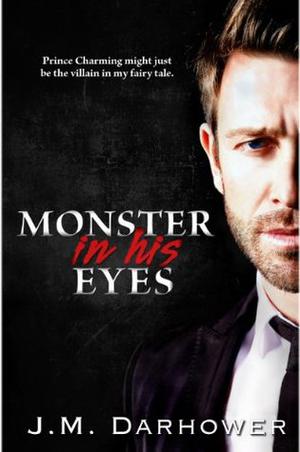 Ignazio Vitale is not a good man.

I suspect it, the first time I see him, sense the air of danger that surrounds the man. He has a way of commanding attention, of taking control, of knowing what I'm thinking before I even do.

It's alarming and alluring. It's dark and deadly. It's everything I've ever wanted but the last thing I truly need. Obsession.

It doesn't take him long to draw me into his web, charming me into his bed and trapping me in his life, a life I know nothing about until it's too late. He has secrets, secrets I can't fathom, secrets that make it so I can't walk away, no matter how much I beg him to let me go. I see it sometimes in his eyes, a darkness that's both terrifying and thrilling. He's a monster, wrapped up in a pretty package, and what I find when I unmask him changes everything.

I want to hate him.

But it doesn't stop me from loving him, too.

'Monster in His Eyes' is tagged as:

The 'Monster in His Eyes' series

Similar books to 'Monster in His Eyes'

All books by J.M. Darhower  ❯

Buy 'Monster in His Eyes' from the following stores: