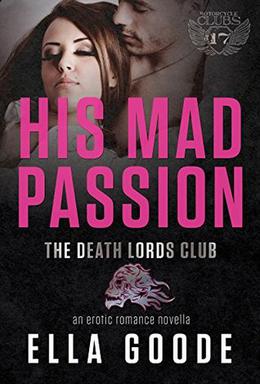 "I was her first everything and I'll be her last."

When Chelsea is mocked in the grocery store of her hometown for being in a relationship with her stepbrother, she swallows her anger. If that's the worst thing that happens, who cares? She and Wrecker are finally together and that's all that matters.

But police at the door of their apartment in the early morning hours shatters her new found happiness with Grant "Wrecker" Harrison--the boy who grew into the only man she'll love.

Wrecker has spent three years in prison and now that he's out, he's not going back even if that means running from his club, his old man, and the life he thought he always wanted. But he won't leave Chelsea behind this time or let anyone or anything take her from him.
more
Amazon Other stores
Bookmark  Rate:

'His Mad Passion' is tagged as:

Similar books to 'His Mad Passion'

Buy 'His Mad Passion' from the following stores: