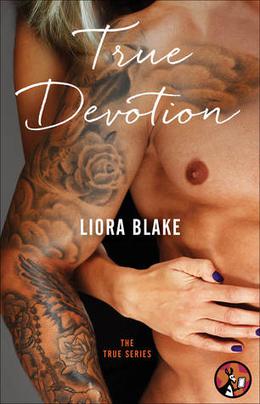 Find out if rock sensation Simon can break through tough-girl Devon’s steely exterior—if he can keep his head on straight, that is—in this second sizzling romance in the True series!

Devon Jenkins is a feisty blonde, and Simon Cole is the arrogant, sexy guitarist playing in her brother’s band. When they met for the first time, it went something like this: He hit on her, she shot him down, he made a lewd joke, she told him he was an idiot.

In the two years since then, not much has changed. From the way Simon flirts shamelessly with any set of ovaries within a 100-mile radius, Devon knows the smartest thing she can do is keep an impenetrable wall between them.

But sometimes the smart choice isn’t necessarily the right one…
more
Amazon Other stores
Bookmark  Rate:

'True Devotion' is tagged as:

All books by Liora Blake  ❯