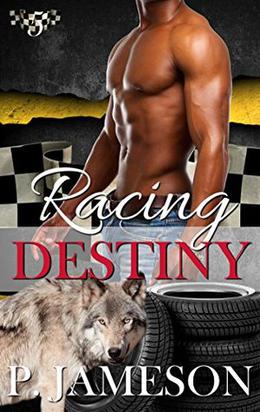 The Dirt Track Dogs have never been better. Their pack is growing, but one wolf remains without a mate. Diz has waited patiently while the rest of his packmates found love, now he’s ready to start a family of his own. He’s never kept quiet about his desire to find his intended mate and start a family, but his true mate remains a mystery. If it wasn’t for his friendship with Destiny keeping his mind off of his elusive female, he might’ve gone insane. But when he faces his growing attraction to her, he realizes maybe there’s more to be had from their relationship than friendly banter.
Destiny has made her home with the dogs who saved her. They welcomed her and her sister—the last two survivors of a bobcat shifter clan—with open arms and more love than she could’ve hoped for. One wolf in particular holds a special place in her heart. Diz, the one who pulled her from the ravine where she’d lain, tattered. The one who’d become her best friend. The one she could tell all her secrets to, and the one who shared his with her. The one she wanted to spend forever with. Except Diz is waiting for his true mate. And Destiny can’t be that for him.
When Diz’s wolf interferes with fate, their relationship is put to the test, and he finds himself racing to convince Destiny that she’s the only female for him.
Don't miss this exciting conclusion to P. Jameson's Dirt Track Dogs!
more
Amazon Other stores
Bookmark  Rate:

'Racing Destiny' is tagged as: