The Miles Between Us (Jackson Falls #5) 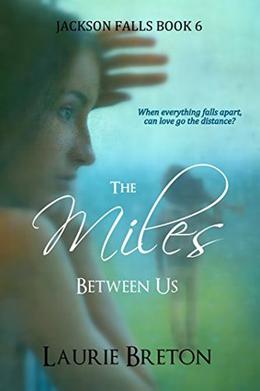 Rock musician Rob MacKenzie is in New York, producing the latest record album for a spoiled teenage pop star, when a loss rocks his family. Afraid to leave his wife, Casey Fiore MacKenzie, alone, Rob brings her and their two daughters back with him to New York while he finishes the album.

But Casey isn’t the same woman she was before. Her pain has brought her to a dark place where he can’t seem to reach her. Nightmares, crying jags, and bizarre behavior become almost daily occurrences. For the first time in the two decades he has known her, Rob can't put Casey back together, and even worse, they find themselves at cross-purposes.

While Casey seeks her own answers to their dilemma, Rob struggles to hold things together, a juggling act which includes a growing suspicion that he may have taken a wrong turn somewhere along the way. Is their love strong enough to bring his wife back to him? Or will their differences lead to a crisis that could widen the gap between them forever?
more
Amazon Other stores
Bookmark  Rate:

'The Miles Between Us' is tagged as:

Similar books to 'The Miles Between Us'

All books by Laurie Breton  ❯

Buy 'The Miles Between Us' from the following stores: