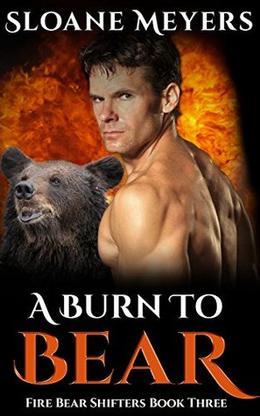 Librarian River Bennett loves most books and hates most men, but she breaks all her rules about dating to take a chance on the handsome stranger she meets in her town’s newest pie shop. After a rough start to the relationship, she begins to fall in love for the first time in years. But when an accident on her new boyfriend’s job forces him to reveal an unexpected secret, River feels betrayed, and unsure of whether she can ever trust him again.

Smokejumper Luke Griffin is a man’s man—fearless and tough as nails—and not interested in wasting time on a woman. Not interested, that is, until he meets the beautiful River Bennett. He’s no expert at romance, but he does his bumbling best to show River how special he thinks she is. His efforts seem to be successful, and the only hurdle left in their relationship is figuring out the best way to tell her that he happens to be a bear shifter. But when a botched parachute landing forces his hand before he’s ready, he’s left trying to pick up the pieces of River’s shattered trust.

Can River see past her anger and love Luke for who he really is? Can Luke convince River that his intentions were never to hurt or betray her? Find out, in the third installment of the Fire Bear Shifters Series.

Content Warning: This 28K word novella is a standalone with no cliffhangers. As you would expect, firefighting bear shifters know how to heat things up! Expect explicit love scenes and adult language. Rawr!
more
Amazon Other stores
Bookmark  Rate:

'A Burn to Bear' is tagged as:

Similar books to 'A Burn to Bear'

All books by Sloane Meyers  ❯

Buy 'A Burn to Bear' from the following stores: