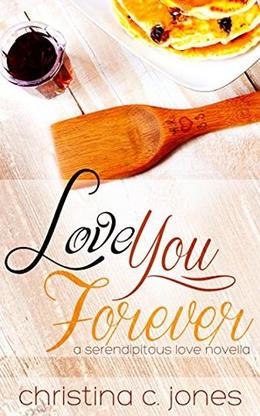 Two years after leaving the neighborhood to pursue an opportunity she couldn’t pass up, Sydnee Scott is back. She’s smart, sassy, and maybe a little bit spoiled, but she’s ready to reclaim her place in her family, and in the family business…
Or not.
That spot is currently filled by Harlan Ramsey, head manager. He came to Stacks – the man, and the restaurant named after him – looking for connection, and he got it, in the form of a surrogate family. He’s frustratingly handsome, charming to the point of annoyance, and according to her father, Sydnee is supposed to think of him as her brother.
Seriously?
She’d rather not think of him at all.
They used to be friends, and were almost more before a betrayal shifted them apart. Sydnee has been comfortable in her anger for two long years, but when her father requests that they work together, they’re forced to confront how they really feel for each other. A decision has to be made: remain at odds, or give in to a love that has always been brewing, before it’s too late to matter?
more
Amazon Other stores
Bookmark  Rate:

'Love You Forever' is tagged as:

Similar books to 'Love You Forever'

Buy 'Love You Forever' from the following stores: