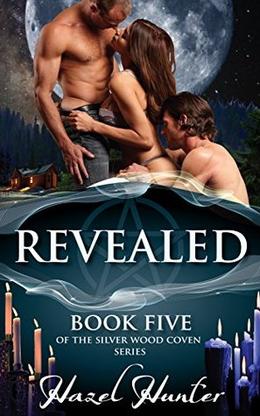 In a breathtaking vision shared by the three of them, Summer, Michael, and Troy finally learn the truth. But not only is Summer’s birth name revealed, so is her heritage and the real purpose of their passionate union.

As deadly forces close in on the winter gathering, Silver Wood coven has never been more vulnerable. Templars intent on finding the Emerald Tablet will stop at nothing to get to Summer, aided by a traitor in their midst. When the traitor finally reveals themselves, the depth of their vicious intent becomes clear.

But even as the coven readies for battle, Summer and her two lovers prepare in their own way. Though they come together in a heated and ultimate bonding, it creates another change in her. Power and memory combine, enabling her to confront her fate alone.

Interview with the Author
Q - If you could choose, would you want a Templar or a Wiccan?

A - Oh a Wiccan, any day of the week, and twice on Sunday. But in this series our young, beautiful and amnesiac witch doesn’t have to choose!

Q - There’s a polyamorous theme to the coven series. Care to explain?

A - That’s the beauty of the Wiccan world: they’re open to love and passion in all its forms. These series have given me a lot of room to play. But let me tell you, I take my play very seriously.

Q - What order should I read the books?

'Revealed' is tagged as:

All books by Hazel Hunter  ❯

Buy 'Revealed' from the following stores: