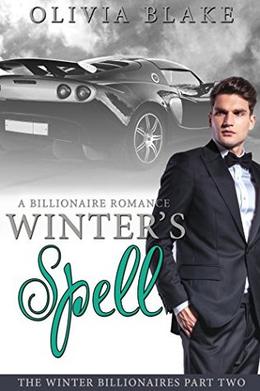 Celeste’s new job as the personal assistant to the CEO of Winters Group is a dream come true. Trying to keep things purely professional with her boss is a different story, though. Their night together on the yacht is still hanging over them, and the chemistry that crackles between them is beginning to wear away Celeste’s good sense. She knows that rich playboys like Stephen are nothing but trouble, but it’s getting harder every day to keep her distance.

She wasn’t about to put herself through that kind of heartbreak—even though her entire body was pleading with her that it would be worth every sweet, steamy second of it.

When Stephen told his new assistant that he’d let their night on his yacht go, he’d been lying. After she pulled her Cinderella routine, he’d left no stone unturned to find her and get her back. Now that she’s back within his grasp, he has no intention of letting her go again.

How long would it take her to admit that she wanted him every bit as much as he wanted her?

'Winter's Spell' is tagged as:

The 'The Winter Billionaires' series

All books by Olivia Blake  ❯