Not Just A Distraction (The Hart Brothers #3) 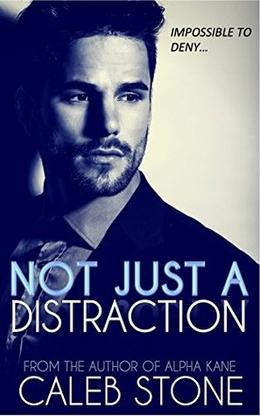 THEIR DISTRACTION CAN’T BE STOPPED.

Jay Hart is the ultimate protector. He’s got the whole tall, dark and handsome thing down to a science. Throw in the fact that his arms are bigger than most men’s legs, and you end up with a bone-crushing beast with an insatiable need to dominate other men in the bedroom. And now, after being accused of a crime he swears he has nothing to do with, he’s feeling more ferocious than ever before.

Enter Pierce Valentine… A hotshot criminal defense attorney with enough good looks, charisma, and success to give even a man like Jay Hart a run for his money.

Both men have a job to do, and they have every intention of doing it well. So when a heady mix of fate and coincidence brings these two men together for strictly professional matters, neither one of them has even the slightest clue what’s in store for them both.

What starts out as something clean, quick, and simple between the two men explodes into something altogether dirty, long lasting, and anything but simple.

One wrong glance from Jay Hart himself breaks open a door that neither man ever knew existed until it was too late to go back through.

Now, they can’t seem to focus on anything but each other’s naked flesh. But do they mean anything more to each other than just a distraction?

NOT JUST A DISTRACTION (THE HART BROTHERS, BOOK 3) can be read as part of a series, but this book serves perfectly well as a stand-alone gay romance story with an HEA ending and absolutely no cliffhangers!

'Not Just A Distraction' is tagged as:

The 'The Hart Brothers' series

Similar books to 'Not Just A Distraction'

All books by Caleb Stone  ❯

Buy 'Not Just A Distraction' from the following stores: