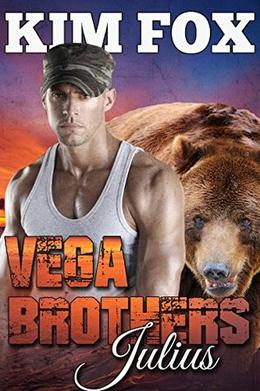 Julius Vega never wanted a mate. The four Vega brothers were all traumatized by their father's experience with his mate and all vowed to be single forever. They have just returned from fighting overseas in the Shifter Special Forces to find out that their father has just died, and bad news turns worse when they find the will which states that all four brothers must get married and find mates within a year or they lose their beloved family ranch forever.

After polishing off a bottle of wine to wash down the pain killers for the root canal that she just had, Ava King is feeling a little loopy. She OD's on some inspirational quotes on her Pinterest account and is feeling on top of the world. But when she wakes up her whole world comes crashing down. In the fog of her headache, she remembers that she left a message for her boss, quitting her job, sent a text to her deadbeat boyfriend, breaking up with him, and signed up to a mail order bride website in another state. So when she gets a call for a date, she has nothing to lose and drives the eleven hours from Seattle to Colwood, Montana.

Ava and Julius meet on the mail order bride website and quickly hit it off. But as they're starting to fall in love the truth comes out and it rips them apart. Julius is in danger of losing the Vega Ranch but that's nothing compared to the threat of losing his mate.


This is the first book in the paranormal bear shifter romance series: Vega Brothers (The Bear Shifters of Vega Ranch Book One featuring Julius). This can be read as a standalone book.
No Cliffhangers. HEA. 18+
more
Amazon Other stores
Bookmark  Rate:

'Vega Brothers: Julius' is tagged as:

The 'The Bear Shifters of Vega Ranch,' series