Dylan (Bachelors of the Ridge, #1) 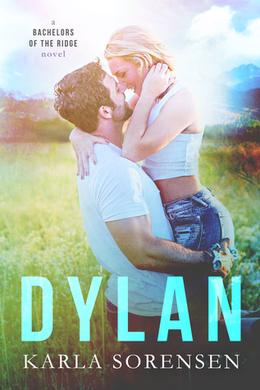 Dylan Steadman has never seen his stubbornness as a bad thing. It's always been easy for him to make up his mind and stick with it. It's why he works a lot, why he doesn't need to make time for a girlfriend, and why he recently decided to move across the country for a new job. His brothers and sister and happily settled, and now that all eyes have turned on him, he needs a change. He does not need a relationships, and moving to Colorado lets him breathe. What he didn't see coming was Kat, the much-too-young-for-him employee at his new restaurant.

Kat Perry doesn't have a family. She doesn't even really have friends, but that's by her choice. Her new manager, Dylan, has all the things that she should avoid: the muscles, the eyes, the smile, and the kind of white-knight syndrome that she doesn't know what the frick to do with. Dylan should be easy enough to disregard since she's managed to hold people at arm's length her whole life, especially when a relationship is the very last thing she wants

But she can't ignore him, not when he befriends her, and definitely not when they tap into combustible chemistry that threatens to burn down everything around them. So instead of fighting it, they come to an agreement- just friends with a bunch of benefits on the side. Easy, right? Not exactly.

Especially when the heart gets involved.

**Dylan is a 70k romantic comedy with a mild/medium heat level. It is a spin-off of the Three Little Words series and can be read as a standalone.**
more
Amazon Other stores
Bookmark  Rate:

'Dylan' is tagged as:

The 'Bachelors of the Ridge,' series

Buy 'Dylan' from the following stores: