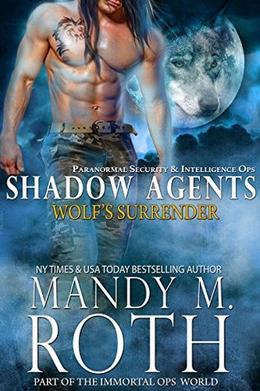 Book One in the Immortal Ops World Spin Off Shadow Agents / PSI-Ops!

Total surrender doesn't come easy to a natural born alpha. Shape-shifting Special Operative Brad Durant has been held against his will by the enemy for nearly a year. He’s given up hope and is fast giving up his will to survive, that is until a hot-tempered, redhead succubus is placed in the cell next to his. She calls to his wolf on a primitive level and he won’t let anyone or anything harm her. Giving his body to the little minx is easy, but guarding his heart is much harder.
more
Amazon Other stores
Bookmark  Rate:

'Wolf's Surrender' is tagged as: