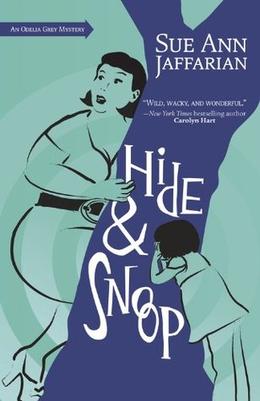 A merger at Odelia Grey’s law firm has put her job in jeopardy, and her new icy-cold boss, Erica Mayfield, has it in for her. The humiliation doubles when Erica dumps her three-year-old niece with Odelia and disappears for the weekend. The nerve! Primed for a confrontation, Odelia impulsively goes to her boss’s house in the middle of the night—and finds Erica’s sister murdered. Before she knows it, Odelia’s madcap misadventure to prove her own innocence ends up in a cuddly cradle of crime.

Praise for the Odelia Grey Mystery Series:
“A priceless series . . . a real treat for chick-lit fans who like feisty women.”—Library Journal (starred review)

'Hide and Snoop' is tagged as:

The 'An Odelia Grey Mystery' series

Similar books to 'Hide and Snoop'

Buy 'Hide and Snoop' from the following stores: