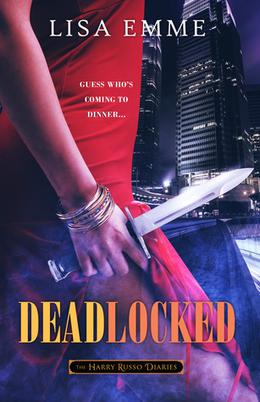 Angharad ‘Harry’ Russo has had a busy week. She’s fended off a swarm of pixies, battled blood-thirsty redcaps and put an end to a maniacal Fae prince hell-bent on eradicating the entire werewolf population. She’s also decided to open a coffee shop. Is it too much to ask for things to settle down so her life can go back to normal?

Apparently it is. As if being metaphysically bound to Cian Nash, the most aggravating yet desirable man she’s ever met, isn’t enough, Harry’s just found out that the Magister, the scariest, most powerful vampire around, is her father. Talk about your daddy issues!

Harry just wants to concentrate on getting the coffee shop open, but between the freaky ghosts that keep haunting her and rogue vampires terrorizing the city, it looks like normal is a thing of the past.

This is a stand-alone adventure with no cliffhanger. It is intended for a mature audience.
more
Amazon Other stores
Bookmark  Rate:

'Deadlocked' is tagged as:

The 'The Harry Russo Diaries' series

Buy 'Deadlocked' from the following stores: