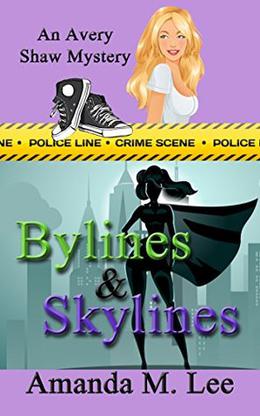 Life is changing for Avery Shaw.
She’s searching for a house with her boyfriend Eliot so they can officially move in together. She’s been gifted special passes to Macomb County’s comic book convention – and she couldn’t be more excited. She’s also been put in charge of her most hated enemy at work, and the power is going straight to her head.
When Eliot lets Avery visit the convention center early, the duo stumble across a dead body and Avery’s happy week is thrown into turmoil. She’s determined to find answers and figure out who killed the victim, but she has her hands full with other things – including her personal life – as well.
Her former boyfriend Jake Farrell is in charge of security at the convention center – with an assist from Eliot – and he’s dealing with his own personal issues. In addition to jealousy over Avery and Eliot moving forward, he finds his relationship with his girlfriend Cara going down the drain.
Comic book conventions are filled with funny folks, and Avery is happy to meet all of them – no matter how odd. As she gets closer to a killer, though, she becomes the new target.
Jake and Eliot have to work overtime to keep Avery safe, but in the end, she’s the one who has to save the day if she expects those around her to survive.
In a world full of superheroes, Avery may be the most wonderful of them all … as long as she lives to tell the tale, of course.
more
Amazon Other stores
Bookmark  Rate:

'Bylines & Skylines' is tagged as: