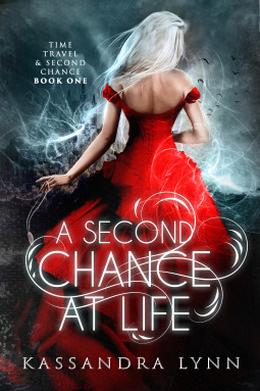 Lady Elaina Sertan found her death amongst a fire, betrayed by her half-sister and her husband. As the flames roared, the loss of her unborn child created a thirst for revenge.

Somehow, against all logic and sense, Elaina rose from her own bed—the bed she once had at her parents’ house two years ago. Her maid, who had passed away over the previous winter, was standing before her. Her family was still high in the realm. The girl in the mirror was still young and hadn’t been trapped and tricked into a loveless marriage.

Elaina has another chance to make things right for herself and her family, yet what begins as a plot to undermine her half-sister’s machinations quickly evolves into a political conspiracy that will rock the entire empire and make Elaina realize she might not have traveled back in time alone.
more
Amazon Other stores
Bookmark  Rate:

'A Second Chance at Life' is tagged as:

Similar books to 'A Second Chance at Life'

More books like 'A Second Chance at Life'   ❯

All books by Kassandra Lynn  ❯

Buy 'A Second Chance at Life' from the following stores: