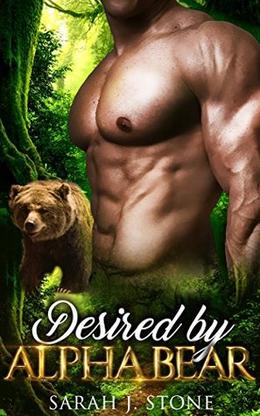 Kevin senses a storm coming. With a new threat against shifters on the rise, the pack is strengthening its forces, and the lieutenant is extremely overworked. Or at least that’s the excuse he’s using for these strange bouts of weakness that are coming over him.

Nina, a prodigy witch, has the gift of prophecy. She is on the run, looking for the Council, and armed with knowledge that can either save or break the world of the others. With her trusty familiar by her side, Nina is still unaware of her true nature as she seeks out forces that have been a myth until now.

Coincidence is only an illusion, for when fate throws the fatally injured witch in Kevin’s path, his bear recognizes her for what she is: his mate. Teaching Nina how to trust him and love him will be one of the biggest challenges the bear shifter has ever faced, especially when the witch carries within herself a great power that she doesn’t even know how to harness yet.

'Desired by Alpha Bear' is tagged as:

Buy 'Desired by Alpha Bear' from the following stores: