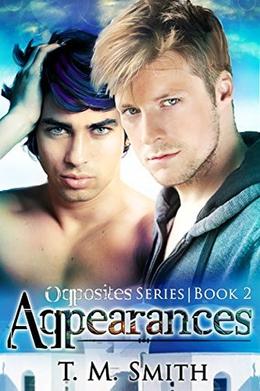 * * * NOTE * * * This is the 2nd edition of Appearances, originally publishing in 2014 under the same title and Author. The book has been thoroughly edited with errors and unnecessary content removed, and new content included.

Appearances, can be deceiving.

Raven and Tanis are trying very hard to merge their vastly different lifestyles, but Tanis issues with his own past could prove to be more than their fragile relationship can handle. Is their love for each other strong enough to weather the oncoming storm?

Aiya and Sawyer have fought hard to be together in a world where Opposite relationships are generally forbidden. Yet, they are still forced to keep their relationship a secret while they are outside the walls of House Gaeland.

Everyone assumes that the only threat lies outside their walls, the group of rebels led by Cillian. But something is happening within House Gaeland, something that hasn’t happened since GWI. And with all the attention focused on that, their guard is down. An evil that was under their nose all along strikes, and someone will make the ultimate sacrifice to save another.

Appearances is the second book in the Opposites series, the series should be read in order.

'Appearances' is tagged as:

Buy 'Appearances' from the following stores: