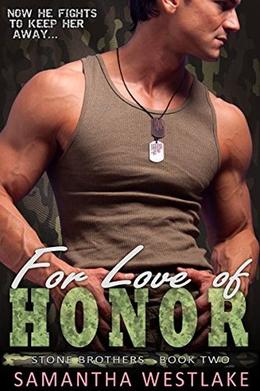 “I’d learned to build up walls - and I couldn’t let her see the true me…”
Teddy
I might have inherited a billion-dollar trust fund, but I’d give it all away in a heartbeat. The military wasn’t the right fit for me - I need my independence, my freedom. I don’t need a woman constantly hounding and pestering me.

But now, I’m stuck with precisely that. Callie Vere, maid of honor to my brother’s new bride, is the most annoying, bothersome woman in existence.

I’m stuck with her for the next few months - but if she doesn’t stop acting so damn cheery, I’ll do my best to make her life a living hell.

Callie
I ought to be thrilled. My best friend is getting married, and I’m helping to plan her wedding - but the groom’s brother, Teddy Stone, is a total ass. Stuck-up, teasing, and rude. Someone needs to teach him a lesson in humility.

He’s actually kind of cute, though. But he knows it - and he seems to get off on teasing me by flirting outrageously with me. I know he doesn’t mean a word that he says.

We can’t get involved. I know what I want in a man, and Teddy meets zero of those qualifications. He’s the opposite of what I want.

A standalone military romance, second in the Stone Brothers series, FOR LOVE OF HONOR forces together two people who are total opposites. Is the age-old saying of “opposites attract” true? This full novel promises no cheating and a happily ever after ending - you won’t be able to put it down!
more
Amazon Other stores
Bookmark  Rate:

'For Love of Honor: A Bad Boy Military Romance' is tagged as:

Similar books to 'For Love of Honor: A Bad Boy Military Romance'

More books like 'For Love of Honor: A Bad Boy Military Romance'   ❯

All books by Samantha Westlake  ❯

Buy 'For Love of Honor: A Bad Boy Military Romance' from the following stores: