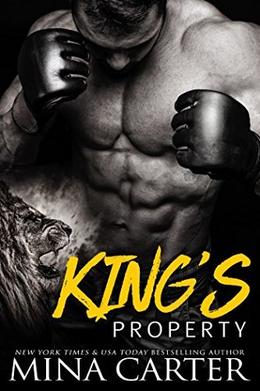 Her debt means the King owns her body... her heart is a different matter. Or is it?

In order to pay off her debt, Zara shares cagefighter Logan Reese’s bed...or rather a wall in the locker rooms or the back seat of the alpha werelion’s limo, since actual beds don’t feature large in their arrangement. She tells herself it’s just business, that she’s not his property, not really. It’s just a short term arrangement.She doesn’t want more. Honest.

King of the Ring, Logan Reese, knows two things. The curvy little female is more cat than she appears, and she’s all his... He’ll take her, and keep her, any way he can....

Fair Warning: This is a raunchy little shortie that contains one hot as hell werelion using any excuse to get his hands on the sexy, curvy woman he wants. It does not end in a HEA (at the moment) but does have hot changing room sex (and in a limo)
more
Amazon Other stores
Bookmark  Rate:

'King's Property' is tagged as: