The Goddess (Guardians of the Empire #1) 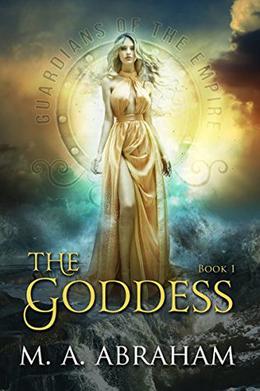 Thousands of years have passed since the raising of the boundary by the Elven Emperor and his Kings.

Chania was placed amongst the humans that had once come to the aid of her ancestors, many millenniums before and kept secreted by the head priestess. She is revered as a Goddess by the people, something she is not. She is an Elven Princess in hiding.

Daeron is an Elven/Dragon shapeshifter, second in command of the Guardians of the Elven Empire. He is a proud, noble, Golden Dragon, when he is not an Elf.

Captured by her father’s guardians and forced to his side, Chania, learns of her fate, one that she will share with Daeron. She is no happier about this than he is. They recognize the Life Bond they share, but under the circumstances, refuse to allow it to dictate their future. Can they fight an attraction that no Elf has ever been able to deny?
more
Amazon Other stores
Bookmark  Rate:

'The Goddess' is tagged as:

The 'Guardians of the Empire' series

Similar books to 'The Goddess'

Buy 'The Goddess' from the following stores: