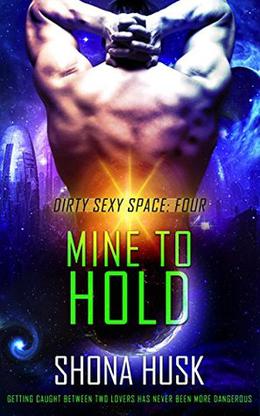 Getting caught between two lovers has never been more dangerous.

Captain Leo Grady is making his third trip to Solitaire. He’s spent five years in space and is ready for a change. Not wanting to go back to Earth, he’s chosen to pay off on Solitaire. All he needs is a woman willing to be his wife. Given that women are heavily outnumbered on the fleet of first settlers he knows he can’t sit around and wait. He has to act.

Vance Knox has been working with vet, Silke Rask, for the last six months. He fancies her, but refuses to do anything about it because he still has a twenty year sentence to serve. He has nothing to offer any lover and he expects nothing. He made his choices a long time ago. But it burns to see her getting closer to Grady.

Silke is torn between the sensible choice of Grady and the more dangerous attraction she has for Vance, but as secrets are revealed she realizes that she has to fight for what she wants. Not everyone on the ship is there because they earned their place, and old Earth money still has power.

When disaster strikes and threatens the lives of everyone on board she realizes that sometimes no choice has to be made. Why should love have limits?
more
Amazon Other stores
Bookmark  Rate:

'Mine to Hold: scifi space opera romance' is tagged as:

Similar books to 'Mine to Hold: scifi space opera romance'

Embodied
Embodied
(Coven of the Raven #3)

All books by Shona Husk  ❯

Buy 'Mine to Hold: scifi space opera romance' from the following stores: