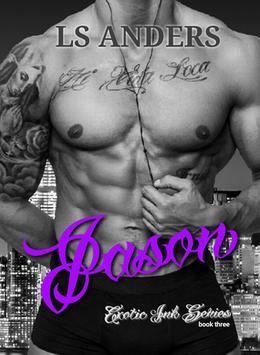 A love lost, but never forgotten.
An opportunity realized. He gives up everything for a chance to win the heart of his one true love. Separated by years, the sacrifice he must make might prove too much.

Will she give him another chance to win her heart?
Locked in the hell of her past, she finds herself longing for a future. One that isn’t teeming with deadly secrets. Haunted by the loss of her beloved spouse, she can’t seem to disentangle herself from his ghost or the enemies that still seek her out.

When new friends prove to be more than they appear, giving Jason and Evana a chance to start over, will they take it? Or, is it already too late?
more
Amazon Other stores
Bookmark  Rate:

'Jason' is tagged as:

Buy 'Jason' from the following stores: