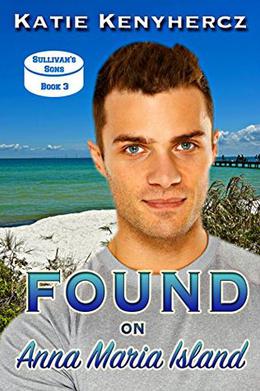 Tampa Thunder hockey player Lucas Sullivan’s world took a hard check when his parents revealed he had a sister they gave up for adoption when she was born. His mother’s recent health scare brought the truth to light, and a search for the lost Sullivan began. It seems to be one step forward, two steps back, and Lucas is still trying to wrap his head around it all while battling to win the Cup, and he’s so close. To de-stress between games, he heads home to Anna Maria Island every chance he gets, looking for relaxation and peace of mind. What he finds instead is a beautiful, new surf instructor who dekes past his defenses and gets dangerously close to his heart.

Skylar Avery’s sister Scarlet has always been her best friend even though they aren’t biologically sisters. When Scarlet’s search for her birth family hit a wall, she stopped looking. Sky didn’t. Finally, the dots connected and led her to the Sullivan sports dynasty family and their home base, Anna Maria Island. Taking a job as a surf instructor puts her in the right place at the right time to meet middle brother Lucas Sullivan. He’s her ticket to getting to know the whole family so she can decide if they deserve to know Scarlet. One problem: he’s kind of perfect. Without meaning to, she starts to fall for the hockey player. Can their sweet connection survive the truth?
more
Amazon Other stores
Bookmark  Rate:

'Found on Anna Maria Island' is tagged as:

All books by Katie Kenyhercz  ❯

Buy 'Found on Anna Maria Island' from the following stores: