BloodLust (Rise of the Iliri #1) 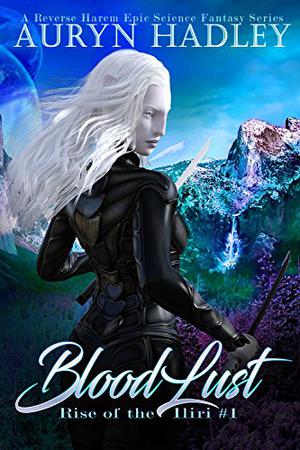 On a world where metal is nearly non-existent, a war for steel has waged for more than a decade. The front lines are populated by pallid iliri and iliri-human crossbreds. Seen as little more than beasts, their lives are cheap and easily replaced, destroying their culture as the body count rises. Being purebred, Salryc Luxx will die, she just wants to make sure it counts. That's why she applied for elite forces.

Becoming a Black Blade means that, for the first time, humans would have to show her respect. They do the impossible, and the country calls them heroes. Military command just hasn't realized it's because the Blades have a secret. They're all iliran crossbreds. Their innate abilities make them the perfect soldiers, even if they're a pack of predators. It's the reason the enemy wants to exterminate their species. The intercepted crate of ancient history proves it. So why was it heading to Parliament, not an enemy outpost?

The Black Blades are caught in the middle. The enemy wants to slaughter them. Their own country wants to enslave them. Their leader wants them to act human – but that's impossible. They're iliri. If military command finds out, the Black Blades will be disbanded, ripping apart the only family Sal has ever known. And now, the enemy is on their tail.

But there's a chance she can save not only her pack but her entire species. History says iliri were perfected by men. Maybe it's time for them to see the monster they created.
more
Amazon Other stores
Bookmark  Rate:

'BloodLust' is tagged as:

The 'Rise of the Iliri' series

Buy 'BloodLust' from the following stores: