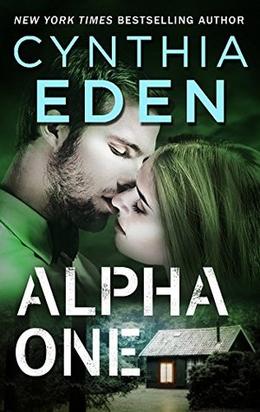 The minute he gets the message, undercover agent Logan Quinn springs into action. Getting Juliana James out of Mexico alive is the Elite Ops covert agent's only priority. But Logan has a second mission in mind with the senator's daughter: to get another chance with the woman he can't lose again.

Juliana has never forgotten the day, ten years ago, when Logan left her heart in pieces. Now he's back in her life, sworn to protect her from the ruthless weapons dealer who wants her dead. As passion blindsides her—and she is once again thrust into danger—Julie realizes how much she'll risk for one more day in Logan's arms.

'Alpha One' is tagged as:

Similar books to 'Alpha One'

Buy 'Alpha One' from the following stores: