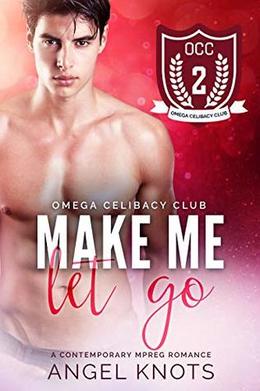 Taking Professor Grayson's Mythology of Mating Rituals class wasn't part of Nolan Baker's plan, and since he hates surprises and always follows his plans, Nolan really has no explanation for why he enrolled. At least, none that he wants to admit to.

Gray has been helping his students interpret human motivation through the metaphor of fated mates for more than a decade, but up until a certain dark eyed, too pretty, too serious omega enrolls in one of his classes, he never once considered the possibility that the ancient myths might have actually been true.

MAKE ME LET GO is the second book in the Omega Celibacy Club series, a contemporary omegaverse world where the only thing stronger than an alpha’s will is his desire to keep his omega happy, and where even omegas who don’t believe in fated mates sometimes still find them.
more
Bookmark Rate Book
Amazon Other stores

All books by Angel Knots  ❯

Buy 'Make Me Let Go' from the following stores: