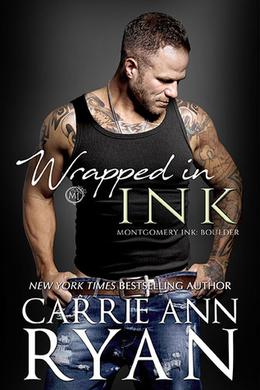 The Montgomery Ink saga continues with a new series set in Boulder, where a family secret might just change everything.

One mistake at a friend’s wedding rocks Liam Montgomery’s entire world, and everything he thought was true turns out to be a lie. But when an accident lands him in the ER, Liam meets someone that might just be the distraction he needs.

Arden Brady has spent her life in and out of hospitals. But according to the world, she doesn’t look sick. She’s lost jobs and friends because they don’t see beneath the surface, but she’s learned to rely on her family and herself to keep going. And then she meets Liam.

With two sets of overprotective siblings and a puppy that can't help but get into everything, Liam and Arden might just fall harder than either one ever expected.
more
Amazon Other stores
Bookmark  Rate:

'Wrapped in Ink' is tagged as:

Similar books to 'Wrapped in Ink'

Buy 'Wrapped in Ink' from the following stores: