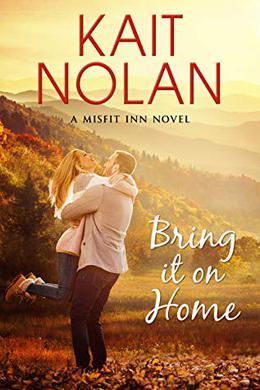 "That girl who got knocked up in high school.”

Maggie Reynolds went all the way to Los Angeles to escape that label, but she hears the whispers every time she comes home to Eden's Ridge, Tennessee. She's been burning the candle at both ends for the last twelve years, trying to make something of her herself, trying to give people something else to say about her.

Porter Ingram prides himself on being a steady man, a good friend, but he's none too steady when he flies off to California because Maggie's collapsed from exhaustion and she doesn't want her sister, Pru, to worry. Not when Pru's about to have a baby any minute. What Maggie doesn't know is that she's more than just a good friend to Porter. It's an open secret he's been wearing on his sleeve for years, if she'd only see it.

When Maggie's forced to take a sabbatical from work, the obvious choice is to go home to Tennessee. But there's nothing restful about just doing nothing for a doer like her. Throwing herself into getting the Eden's Ridge Artisan Guild off the ground is a natural fit for her talents, and Porter's grateful for her help. But walking in the shadows of their painful past could reveal secrets that just might destroy everything they think they know about each other.
more
Amazon Other stores
Bookmark Rate Book

Similar books to 'Bring It On Home'

Buy 'Bring It On Home' from the following stores: