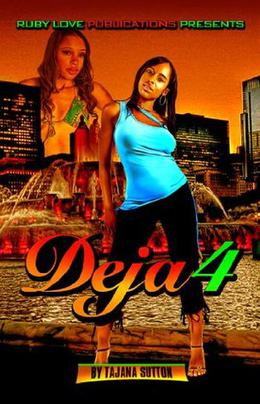 MIND OF A HUSTLER BY TAJANA SUTTON IS NOW AVAILABLE!!!

The crew is back with more drama! Deja can't catch a break to put her life on it. Not only does she have a high risk pregnancy, but Xavier comment that he made is weighing heavy on her. Jade and Jay are trying to rebuild the trust in their marriage, but Kai will not allow that to happen. He goes the distance to get what he wants even if that means hurting Deja. Jay and Xavier are forced to tolerate Kai to spare Deja of anymore heartache in her life. But when Kai crosses the line, they will be pushed to subside Deja's feelings and go after him. In the midst of it all, secrets will be revealed, hearts will be broken, and revenge will move to the forefront. Deja 4 is packed with drama, suspense, twists, and turns.
more
Amazon Other stores
Bookmark  Rate:

'Deja' is tagged as:

All books by Tajana Sutton  ❯

Buy 'Deja' from the following stores: