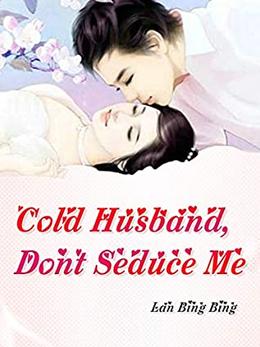 After a double deal, she became the false wife of the president of Gao Leng. The first time they met, the first night they kissed, they gave it all to him. As long as he wanted it, she would try her best to cooperate. But gradually, she couldn't tell if this was a deal that sold their bodies or a deal that lost her mind … When his real wife appeared, he turned a blind eye to her. She was leaving, and he kept her in his room all night. She was angry, and he left his real wife to coax her. She was sad. He carried her to her room, closed the door, and showed her with his actions how much he loved her. She couldn't take it anymore and yelled at him, "Jiang Jun, we no longer have any relationship, please don't touch me anymore, if you want to, then go and touch your real wife!" He carried her to the sink, unbuttoned his shirt, buried his head in her neck, and mumbled, "There's never been a real wife. You're my real wife!"
more
Amazon Other stores
Bookmark  Rate:

'Cold Husband, Don’t Seduce Me' is tagged as:

All books by Lan BingBing  ❯

Buy 'Cold Husband, Don’t Seduce Me' from the following stores: