It Ends with Her (Becoming the Wolf #5) 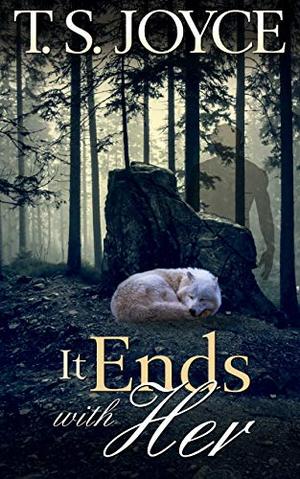 Levi Wright has spent the last two years on a mission. His old pack thinks he’s been away at school so he could come back and apprentice to the Black Wolf himself, Greyson Crawford. He hasn’t though. He was out learning to protect a girl. And not just any girl. THE girl. Omega in the making, stunning beauty who doesn’t even know it, tough in some ways, fragile in others, but someday, someway, Marissa will need his protection. She’s hunted by vampires, and has been for the last five years. They circle, and he can feel them getting closer. Something happening to her, and he will be damned if he lets any harm come to her. This war is complicated though. He wants to win her heart, sure, but he isn’t the only one competing. A vampire has his eyes on her, and Marissa has no choice but to pay attention. War is coming, but he’s ready. All he has to do is make sure Marissa survives to fulfill her fate.

Marissa Henry has had a crush on a boy for years. Her crippling shyness and fear of dominant werewolves has kept her quiet, but she mourned when the boy she liked moved away. Now he’s back, and Levi isn’t the quiet, submissive boy who left two years ago. He’s done something to his wolf to make him a war-monster, but she can’t figure out what. And when he admits to traitorous plans that will affect the people she loves, she has to consider help from the vampire, Larius, who bit her, and has been keeping her safe all these years.
She knows who she wants, but now she has to figure out what she needs.

'It Ends with Her' is tagged as:

The 'Becoming the Wolf' series

Similar books to 'It Ends with Her'

Buy 'It Ends with Her' from the following stores: