Claiming You in Eden (The Brotherhood #1) 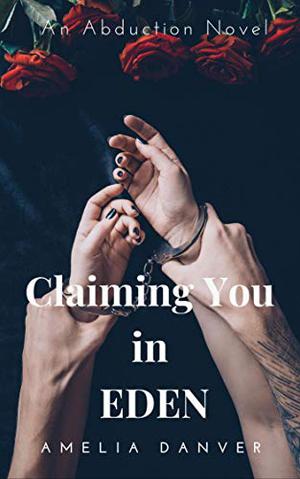 Cathryn is a bookish 19-years-old girl who had just begun to embark on her university life, when she, along with a couple of friends, were abducted during a sorority party by a group of armed men who worked for the Brotherhood, an international crime syndicate, involved in human trafficking, drug dealing, and other criminal activities. She was taken under the wings of Alec, one of the henchmen, for almost a year. Throughout which time, they tested each other's sexual boundaries, and he came to develop an obsession for her. But is this kind of love real, and can this kind of love last a lifetime? Stockholm syndrome, Lima syndrome, Gamma hero, BDSM, you name it, this book has them all. Set against the lush backdrop of the Tenderloin in San Francisco, all the way across the Pacific Ocean, to Osaka, Japan, Claiming You in Eden will take you on an emotional rollercoaster ride. Ultimately, this novel tells the triumphant story of one sexual assault survivor, as she navigated the world after her ordeal, with the help of those around her; in other words, not your usual abduction romance story.

'Claiming You in Eden' is tagged as:

The 'The Brotherhood' series

Similar books to 'Claiming You in Eden'

Buy 'Claiming You in Eden' from the following stores: