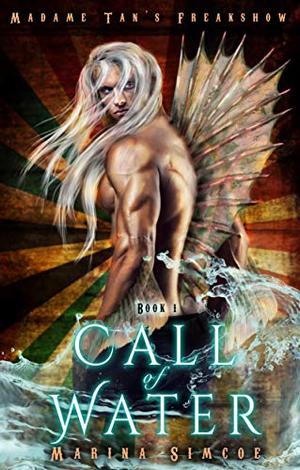 I can't trust his words, but his touch and his kisses feel real.

A man with a teasing smile and an angel’s voice, Zeph is supposed to be nothing more than a beautiful, fun Parisian adventure. His voice lures me in. His cerulean blue eyes draw me to him. And his smile puts me at ease.

We part after just one night. The next time I see him, I'm captured and trapped in a world I never knew existed. Intriguing and whimsical on the outside, it turns dark and sinister as I plunge deeper into a trap from which there is no escape.

Humans do not belong in Madame Tan’s Freakshow, so what is Zeph doing here? I realize I know nothing about the man who has ruled over my imagination since the day we met.

Each book in the Madame Tan's Freakshow series is a complete love story of a separate couple. To follow the main storyline, however, it is recommended to read the series in order.

A part of this story, with a different world explanation, has been previously published as Menagerie of Oddities in Tempted by Fae anthology.

Call of Water is a contemporary fantasy romance that contains graphic descriptions of intimacy and some violence. Intended for mature readers.
more
Amazon Other stores
Bookmark  Rate:

'Call of Water' is tagged as:

Similar books to 'Call of Water'

All books by Marina Simcoe  ❯

Buy 'Call of Water' from the following stores: