The Theory of Earls (The Beautiful Barringtons #1) 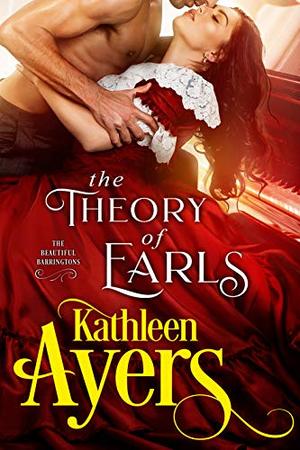 Three words, uttered by the beautifully rakish Lord Welles, leave Margaret Lainscott speechless. His improper request, that she play the piano for him in her…underthings is as shocking as it is titillating. Margaret should never have asked his help in reintroducing her to Lord Carstairs. But his friend meets all of Margaret’s criteria for a husband; passably attractive, of below-average intelligence, and possessed of an obsessive outdoor hobby which will leave her free to pursue her own life.

Welles is one of London’s most committed bachelors, known for his notorious dealings with women and his part ownership of one of London’s pleasure clubs. He’s long admired Miss Lainscott’s unrestrained passion at the piano; a passion he suspects is not reserved only for her music. Welles is certain Miss Lainscott will not entertain his improper request despite the attraction burning between them.

A young lady such as Miss Lainscott would never ruin herself willingly.

And Welles? Nothing would make him compromise his heart…

Until a duet with a passionate pianist changes his mind.

The Theory of Earls is a steamy, sexy regency romance with a guaranteed happily ever after and the first in a new series, The Beautiful Barringtons.
more
Amazon Other stores
Bookmark  Rate:

'The Theory of Earls' is tagged as:

The 'The Beautiful Barringtons' series

Similar books to 'The Theory of Earls'

All books by Kathleen Ayers  ❯

Buy 'The Theory of Earls' from the following stores: