Escaped: A Supernatural Prison Romance (Imprisoned by the Fae #2) 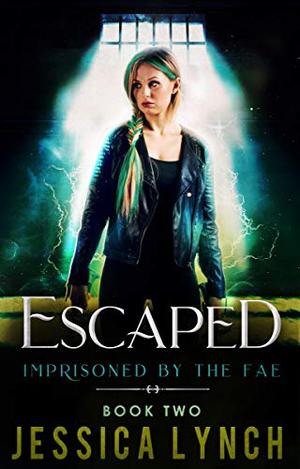 I thought my situation couldn't get any worse. After a vindictive Seelie noble has me thrown in jail for refusing to be his pet, I figured life behind iron bars was as bad as it could get.

And then I met my cellmate.

Rys is... complicated. A former guard in the Fae Queen's court, his betrayal landed him in Siúcra with me.  When it comes out that I'm actually his fated mate, his ffrindau, I can hardly believe it. I belong in the human world with my boyfriend. Rys has no intention of ever leaving our cell, with or without me.

Fate has a funny sense of humor, though. Too bad neither of us are laughing.

There's only one way to get out of Siúcra with your head still attached. You have to sacrifice something you don't think you can live without. I gave up my promise ring and everything it means.

Rys gave up me.

Now I'm lost in Faerie—again. The Seelie who bought me at the Faerie market wants me back. The prison guards won't stop until I'm back behind bars. And Rys...before too long, it becomes clear that fate has other plans for us.

Turns out that both of our sacrifices were in vain, and now I'm in even more trouble than before.

**Escaped is the second book in an exciting new Fae series by the author of Touched by the Fae. Featuring a directionally-challenged, mouthy human heroine, the scarred Light Fae who'd rather stay in jail, and their quest to save Faerie together—well, once they break out of Siúcra, that is.

Because each story leads directly into the next until the conclusion in the third and final book, please be aware that there are cliffhangers. Elle and Rys's complete story is finished with Freed.

'Escaped: A Supernatural Prison Romance' is tagged as:

The 'Imprisoned by the Fae' series

Zella
Zella
(Touched by the Fae #4)

All books by Jessica Lynch  ❯

Buy 'Escaped: A Supernatural Prison Romance' from the following stores: