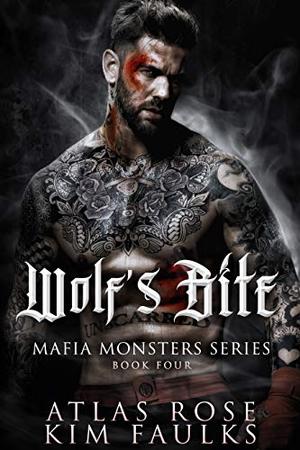 “Don’t come any closer,” I warned, my FBI badge useless in the face of this fanged monster. “I’ll scratch and bite.”

“You’ll crawl and beg too.” Phantom promised as he strode closer, a glint of desire danced in his eyes. “And that Special Agent…will only be the start of it.”

The Costello’s were mine.

Mine to corner. Mine to hunt. Mine to bring to their knees.

I’ve hunted Ruth for years now. Sat outside her house. Tracked every shady deal she’d ever done. She’s my ticket to her family, and the entire cesspool they play in. The Costello’s are lower than low…they are liars…they are mobsters.

This is more than a case for me. This was personal. The last bullet in my father’s ruined policing career. He’s a drunk now and alone…and I’m his only visitor—pathetic huh?

Only a war erupted. A war which I’m now part of…a war between the beasts that roam west of my city and the powerful Immortals they answer to.

I replayed that night in slow motion. Fangs. Blood…and Phantom. The Alpha of the Wolves. The one I saved from a rogue Vampire.

And the one who saved me.

I carry his bite mark on my shoulder…and the memory of his pack.

He might think he has a handle on me…

He might think this is more than what it was…

He’s about to find out how wrong he is.

'Wolf's Bite' is tagged as:

SumMon Her
SumMon Her
(Descended from a Witch #4)