The Televangelist: A Christian Romantic Thriller (The Lincoln Billionaire Brothers #12) 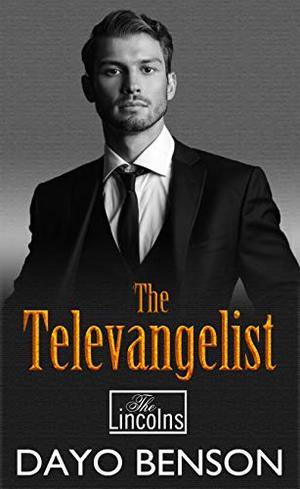 His shadow is healing the sick, and America is going wild.

People are rising from their wheelchairs, the blind are seeing and the deaf are hearing. With such incredible miracles happening, Hades is making thirty thousand dollars in offerings per service as he flies around America preaching and healing the sick.

His name literally means ‘death’, and he leaves death in his wake.

Hades’s newfound Rockstar status means he can’t walk down the street without people jumping in the way of his shadow, ripping off pieces of his clothing—which have also been healing people—and women screaming his name.

But nobody knows he is performing these ‘miracles’ with the power of a dark craft. And nobody knows the price he’s paying in secret.

His power could cost him the one woman he has ever loved.

Demi walked away from Hades two years ago when she became a Christian. In that time she’s been married, divorced and left a broken mess.
Now that Hades is a famous preacher, it’s the perfect time to step back into her life, convince her that he’s a Christian too, and win her back.

But Hades is a member of The Wolves, a secret order of career pastors.
Getting Demi back means the leader of the pack has the perfect bargaining chip when Hades is required to make the ultimate sacrifice to seal his status as a spiritual teacher.

Hades is many things:

A false preacher out to make as much money from tithes and offerings as possible.

A hurting man who will lie and cheat to win back his ex.

But he isn’t a killer.

How will Hades wriggle both himself and Demi out of the deadly mess he has tangled them in?

And how will Demi ever forgive his manipulation—especially now that her ex-husband is back and wants a second chance?

The Lincolns are 12 billionaire bad boys. Follow the Lincoln brothers as they navigate life after the death of their grandmaster occultist father, find faith and fall in love. | Although part of a series, this is a standalone book with a satisfying, heartwarming conclusion.

'The Televangelist: A Christian Romantic Thriller' is tagged as:

The 'The Lincoln Billionaire Brothers' series

Similar books to 'The Televangelist: A Christian Romantic Thriller'

More books like 'The Televangelist: A Christian Romantic Thriller'   ❯

Buy 'The Televangelist: A Christian Romantic Thriller' from the following stores: