Only Pleasure Will Do (House of Pleasure #5) 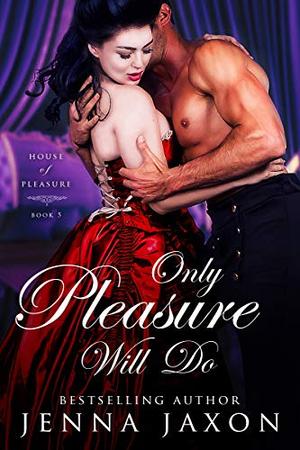 The pleasure is all hers…

When Amorina Vestry goes missing, Sir Reginald Matthews, former Runner now magistrate at Bow Street, agrees to search for the very provocative woman he met a year ago and cannot seem to forget. He manages to track her down, only to be captured by the same madman who took her. Their close proximity in a make-shift prison leads inexorably to a night of passion in which Amorina lowers her guard to reveal a shocking truth. Spurred by his growing attraction to her, Reginald is determined to free them before she commits the most heinous crime imaginable.

As Reginald races to save Amorina, he comes to fear another foe as well. He may very well save his love only to find he must give her up or risk the censure of a society that will condemn her.

A Matter of Pleasure is the prologue to this book.
more
Amazon Other stores
Bookmark  Rate:

'Only Pleasure Will Do' is tagged as:

The 'House of Pleasure' series

Similar books to 'Only Pleasure Will Do'

All books by Jenna Jaxon  ❯

Buy 'Only Pleasure Will Do' from the following stores: