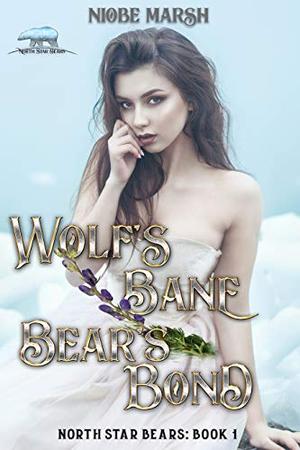 Part of the Bound to Change: A Limited Edition Spring Shifter Romance Collection

I’ve had enough of shifters. I thought that being a mate meant ‘forever,’ but that was all a lie.

Danika Jackson hadn’t been looking for anything more than a good time when she met Gideon Ray, but when he told her that she was his mate, and that they were meant to be together, she believed him.

But five years later, the life she’d built for herself with the Quickthorn Pack fell apart, and the only thing on her mind was getting as far away from Texas as possible.

The best place to cool off and sort my sh*t out? Alaska… obviously.

Bracken Quinn was used to being solitary. Estranged from his family and everything the North Star Clan represented, he’d set up his own tattoo shop and made his own way in the world—and that suited him just fine. The last thing he needed was an interruption to his routine.

The last thing he needed was a brush with fate.

Wolf’s Bane, Bear’s Bond is a contemporary standalone shifter romance featuring a no-nonsense heroine, a growly polar bear who would rather be left to his own devices, and plenty of steamy shifter action. There is a happily ever after to be found here, with no cliffhanger in sight.
more
Amazon Other stores
Bookmark  Rate: