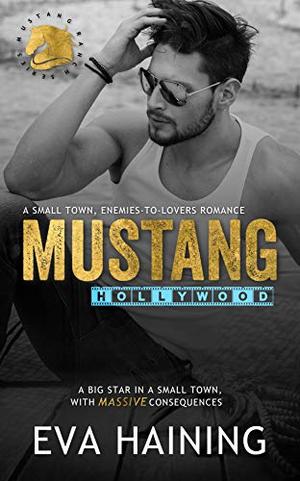 Born and raised in the bright lights of LA, J.J. Savage is the king of Hollywood.
Betrayed by his ex-girlfriend and slandered in the press, his star has well and truly fallen. When Hollywood turns its back on their golden boy, Jasper finds himself exiled to small-town Kingsbury Falls for a small-time movie with a B-list cast.
Surrounded by amateurs and angry at the world, he can either walk away, or turn it around, and he didn’t become A-list royalty by resting on his laurels. Putting everything on the line to prove his worth, Jasper’s wholly unprepared for hometown budding actress, Maisie Bryant.
She’s sassy, stubborn, opinionated, sexy as hell, and he can’t stand her.
Maisie Bryant has dreamed of being in movies since she was a kid. Excited at the prospect of being an extra in the new J.J. Savage movie, Maisie is in for the ride of her life when she’s thrust into the path of the bullheaded movie star. Everything about him infuriates her, but she can’t deny the way her body reacts to his movie star good looks.
Forced to find a way to work together, how long can these two fight their undeniable chemistry?
Will Jasper risk his chance at redemption for a woman who makes his blood boil and sets his world ablaze?
An enemies-to-lovers romance.
more
Amazon Other stores
Bookmark  Rate:

'Mustang Hollywood: A small town, enemies-to-lovers romance' is tagged as: