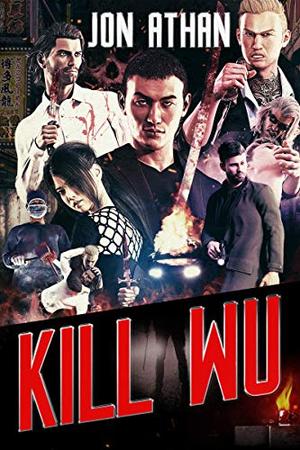 The pain, the carnage, the vengeance... It’s all been leading to this.

Bradley Anderson arrives in Tokyo, Japan to exact his revenge against the man who killed his family: Andy Wu, Bradley’s former boss and the world’s leading producer of snuff films. In Tokyo, during his assault on Wu’s properties, he runs into a young woman with the same goal—kill Wu. She introduces herself as Mizuki ‘Misty’ Himura, who was raped by Wu’s employees in the United States. With the help from an ally, she’s been hunting Wu for the better part of a year.

Believing in the power of numbers, they join forces and begin hunting Wu through the streets of Tokyo. But Wu is a cunning man with many connections and an army of violent employees. Can this group of avengers stop him and take down his network of snuff films?

Jon Athan brings you the highly anticipated conclusion to the Snuff Network series. Prepare to enter the streets of Tokyo and descend into an underworld of depraved violence.

The 'The Snuff Network' series

All books by Jon Athan  ❯