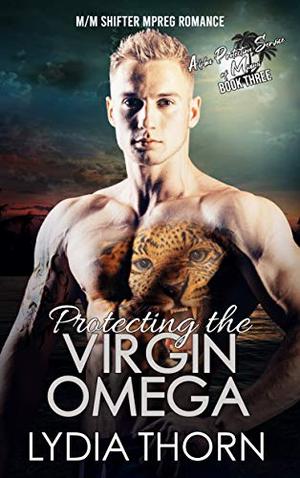 He needed an alpha to protect his chastity. Now he wants him to take it!

Desperate to meet his fated mate, Declan jumps at the chance to join a mating meet-up on a secluded tropical island of shifter paradise.

The rules are simple: You belong to any alpha who claims you.

Eager to break the rules and have his pick of the alpha he wants; he secretly hires a bodyguard to keep the other alphas at bay and protect his chastity.

At the first meeting, Adrian’s powerful scent knocks him on his rear end. But he’s low-class and takes nothing seriously, which gets on Declan’s nerves. And yet he may just prove to be everything the prissy omega needs and more.

However, this shifter’s paradise hides secrets far more sinister than Declan’s unquenchable lust for Adrian, and the pair must learn to trust one another before they are trapped forever.

Protecting the Virgin Omega is the third book in the Alpha Protection Service of Miami series. This is a slight enemies to lovers story with an omega with a stick up his rear end and an alpha who wants to replace it with his own. HEA guaranteed! No cheating or cliffhangers! This story contains some foul language, Mpreg, violence, and some triggering situations.

Can be read as a standalone.
more
Amazon Other stores
Bookmark  Rate:

'Protecting the Virgin Omega: An M/M Mpreg Shifter Romance' is tagged as:

All books by Lydia Thorn  ❯